What does it mean to be a rescue?

This is something that plays on my mind a lot. What does it truly mean to be a rescue? Rescue work, whether it be for guinea pigs, horses, cats, dogs etc. is not an easy job. It takes a tremendous amount of work and patience.

I have learnt a lot about rescue work in the few years Masons’ Cavies has been around. At this point in my blog, I will point out that I AM NOT A RESCUE! but we hope to become one one day. I know Mr Mason is buzzing with ideas.

Over these few years, I have come to realise that not everyone cares for guinea pigs as deeply as we do and some of the things I have seen are horrifying. Not just through my own work but watching others on social media.

My main purpose of this blog is to shed light on the not so nice side of rescue work and by this I mean – the people.

Don’t get me wrong, 9 times out of 10 the people who run rescues that I have spoken to and assisted have been fabulous but there are always exceptions. I have never known such vicious people in all my life. Masons’ Cavies has been under attack for a few years from rescues within the UK.

I have to wonder why? Does everyone not have the guinea pig’s best interests at heart? I am sure everyone does but there is one factor that always leads to arguments and a feeling of entitlement – money.

I know that Masons’ Cavies can become an amazing rescue at some point in the future, because Mark and myself have done things differently. We have built several social media platforms and created strong bonds with people all over the world. That success comes with privileges. To put that in simple terms – it means we can earn money from our passion.

Is that wrong? Maybe to some people it is. I never expected to be called a con artist, an animal abuser, have literally every company we work with bombarded with abuse on how they shouldn’t work with us, be reported multiple times to HMRC, the RSPCA and DWP. Endless emails, texts, phone calls and fake profiles commenting horrific things like I’m a drug user and abusing my children and that isn’t even the worst of it. I hit my lowest point when I was recorded in floods of tears, believing to be talking to a solicitor. Just to find out it was a wicked plan of these rescues to cause problems between myself and my family.

Over the last few weeks I have come to realise that a lot of what I was accused of was being projected onto me so that people wouldn’t look at the dodgy things these people are doing. I see it everyday on social media and want to scream at my phone!

Nowadays, I wonder whether I truly want to be involved in rescue work. I love the guinea pigs and I know Mr M does too.

So back to my original question – what does it mean to be a rescue? It means you love the animals and do what’s best for them – whether it be 100 animals or 2. They all need help. There is no need to be in competition with people. All animals need all rescues. I will never understand why and how people can be so cruel.

Over time though, more people came forward to tell me that they too, suffered at the hands of the same people. What makes me sad is, they have surrender and closed their doors to rescue work because the abuse was too intense. I will never understand the mentality of the bullies – but I do believe that money is the root of all evil.

Leave me a comment about what you expect from a rescue and if something like this was going on behind the scenes – would you really want to know about it or is ignorance bliss?

This is Willow. She and her siblings were by far the hardest rescue case we took on. All girls were painfully thin and covered in mange. It took months for them to recover. Thankfully they are now in their forever home and doing incredibly well 🙂 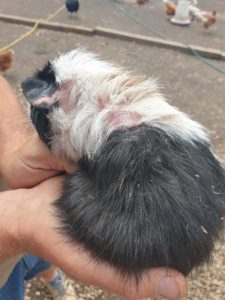 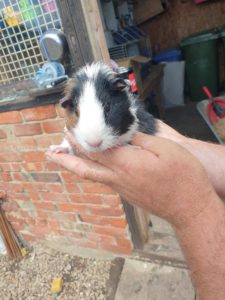